Sisters Lucy and Emma, owners of Muddy Matches, an online dating site aimed at country-minded people. More than a decade after they founded it, the business continues to thrive – and has even led to hundreds of ‘muddy’ marriages. We spoke to the Barclaycard Business customers about the challenges they have overcome since starting and growing their small business with big ambitions.

Sat in a pub in London in 2006, Lucy and Emma were lamenting the fact that while online dating and social networking sites were springing up, the pair felt that the people they tended to meet on them were typically ‘townie’ rather than ‘country’.

Having grown up in a rural area but found themselves working in cities, both sisters were keen to meet others who shared their interests, and decided to set up their own site to help people do just that.

“To start with, we thought it would be for people like us – who were country in the way that we are, but that was too narrow,” says Lucy. Today, the founders describe ‘muddy’ as anyone who loves the countryside and isn’t afraid of a bit of mud.

“Our new business idea was seen as a risk.”

But the concept of online dating was still relatively new then, and it wasn’t always easy for the entrepreneurs to get the support that they needed. Early on, the pair had set up the company name, opened a bank account, and started working on a website, but needed to find an online card payment system that would work for them.

“Everyone kept turning us down because we were a new business, we were online, and they saw online dating as a risk,” says Emma. “Nobody would take us seriously.” 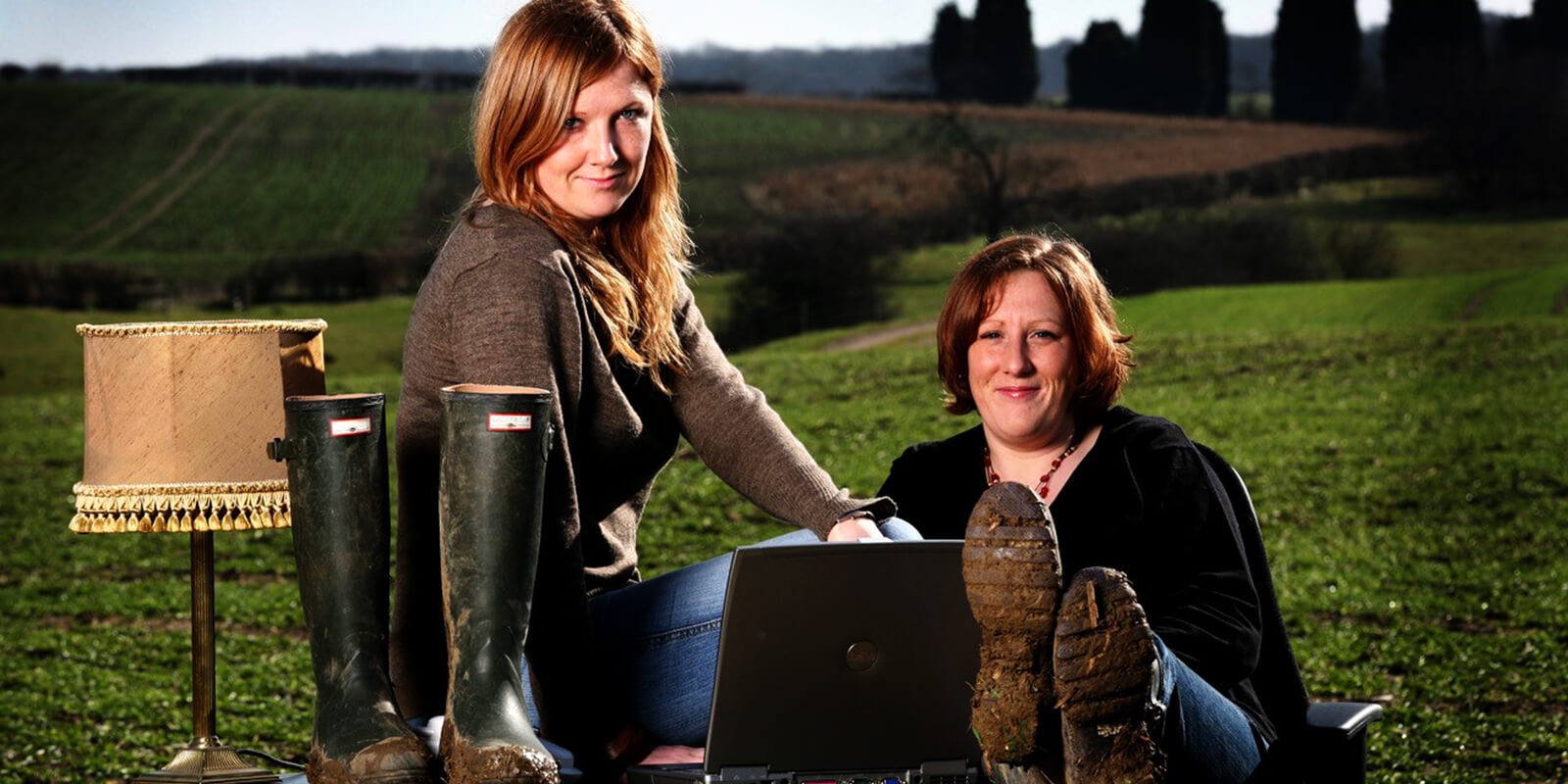 Having set out a business plan and got a website up and running, then-single twentysomethings Lucy and Emma set about spreading the word via friends, who in turn got their friends to sign up.

“We felt as though we needed ‘books in the library’ before we launched, so to speak. We wanted to get to 1000 profiles before our full launch, and we ended up with around 800,” says Lucy.

The site started to generate revenue as subscribers signed up, and by the end of its launch year in 2007 the business had broken even. But keeping it ticking over wasn’t always easy – and meant reigning in spending.

“When we launched, we started to take subscriptions slowly, but it was quite difficult to get it off of the ground. It was about keeping momentum and making sure there were enough people joining without spending too much money on advertising, as we didn’t have any spare cash,” says Lucy.

“After the initial investment in the website build and ongoing maintenance, our overheads weren’t very high at all. We started working out of an office space based on a farm alongside our brother, who was setting up a business at the same time.”

Today, Muddy Matches has more than 200,000 members. New joiners can set up a profile and view other members’ profiles for free, or become a paying subscriber using the Barclaycard online payment gateway, giving them access to send and receive messages from other members.

Lucy and Emma say they knew early on that their venture had legs.

“I knew it had properly taken off when I was able to move back to the countryside from London, where I was living and doing a temporary job at the same time as working on the business,” says Lucy.

“I knew it worked when I could move back.”

“For me, it was when we were able to pay back our initial investment of £50,000,” says Emma, adding that the fact that paying members began signing up to Muddy Matches from the very first day the site officially launched was “very exciting for us.”

Now with a bigger team and larger office space, the founders are continually looking at how the business can evolve and grow – and have recently launched a sister site for the adventure-minded, Maverick Matches.

“We are constantly developing our offering and trying to keep it fresh,” says Lucy. “You just can’t stand still.”

Find a payment solution that best suits your business

At Barclaycard, we know that taking payments is serious business – whether you’re a dating website or a coffee shop. From in-store to online, we have a payment solution for you.