Barclaycard uses cookies on this website. They help us to know a little bit about you and how you use our website, which improves the browsing experience and marketing - both for you and for others. They are stored locally on your computer or mobile device. To accept cookies continue browsing as normal. To find out more, read about cookies

Apprentice winner: whipping up a £250,000 investment from Lord Sugar 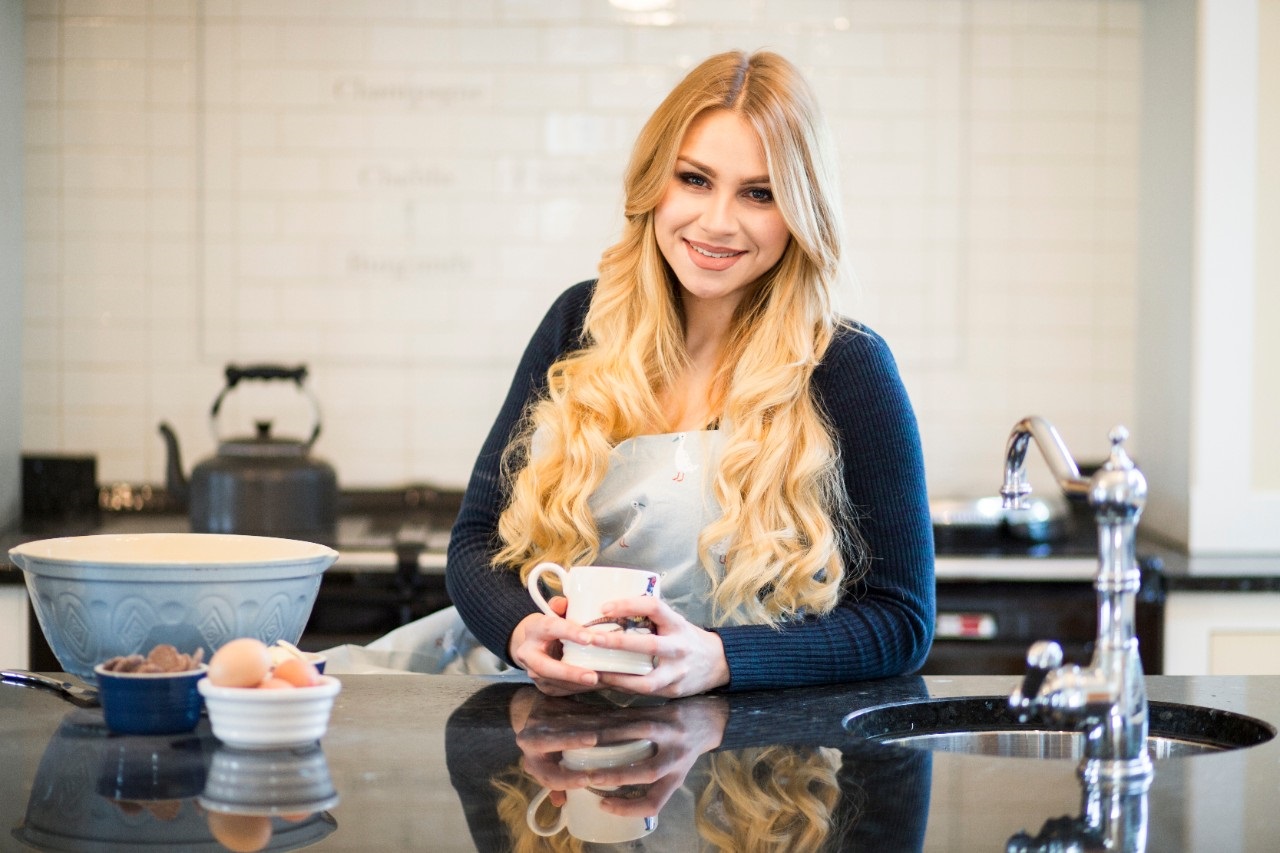 Aged just 24, baker Alana Spencer secured a £250,000 cash injection for her luxury cake business Ridiculously Rich when she won The Apprentice in 2016.

From humble beginnings learning to bake in her parents’ house in Wales, Alana had already built up a profitable business selling cakes at farmers’ markets when she won the BBC reality show.

Since then, the business-owner and Barclaycard customer has been scaling the company by building a franchise network with brand ambassadors throughout the country. Barclaycard spoke to Alana about growing the business, the secrets of her success, and her top tips for other small business owners.

How it all started

The Aberystwyth-based reality star was a budding entrepreneur even in her teenage years, having begun honing her baking skills at a young age.

“It started about 10 years ago actually, in my parents’ country kitchen. My mum bought me a book on how to make chocolates, and I taught myself how to make them,” Alana says.

“Alongside school I was doing farmers’ markets and selling the chocolates at those. I then made some cakes for a local café – and that’s when it all changed. I got rid of the chocolates, started focusing just on cakes, and left school at 17 to pursue it fully.”

Alana says she knew right from the get-go that baking would be her bread and butter. But she didn’t necessarily have a set plan when it came to turning her passion into a scalable business.

“I always thought that it would be what I did for the rest of my life once I had started it. I was lucky enough to still be living at home, so there was no financial risk really. I just pursued it and kept going with it,” Alana says.

Having started travelling to farmers’ markets across the UK to sell her creations, Alana realised she needed an extra pair of hands – and brought her partner on board. The pair would head out to separate events at the weekend so that they could sell double the amount of cakes, but had bigger aspirations.

“I’d always had ideas of how to scale [the business], but maybe never had the confidence to go and do it. That’s kind of why I decided to apply for The Apprentice, to get the insight into how to grow a big business.”

Alana saw off 17 rival candidates to win a spot as Lord Sugar’s Apprentice and a hefty investment for her business. With the mogul’s backing, Ridiculously Rich – which was known as Narna’s Cakes until a rebrand after she won the show – is going from strength to strength.

“I’m still doing the day-to-day running [of the business], I’m still coming up with ideas, but having that team behind me is a really good confidence boost,” Alana says. “I get advice from Lord Sugar and the whole team around him.”

The company began rolling out a franchise scheme in 2017 which recruited around 50 brand ambassadors in the first year who set up their own mini-businesses selling Ridiculously Rich products.

“The Ambassadors do exactly what I was doing, but across the country. They can sell to farm shops, delis, food festivals, farmers markets, etc, and they have all of our branding,” Alana says.

After that, a ‘Cakepreneur’ scheme was introduced – a smaller-scale version of the Ambassador program in which Cakepreneurs can sign up wholesale customers and sell to friends and family.

“I’ve now gone from a baker, to a market trader, to suddenly managing lots of people,” Alana says. “[Lord Sugar’s] team gave me a lot of support in terms of knowing how to run a team of people. Because it was just me and my partner before, I didn’t really have any of that experience.”

Most small business owners could probably reel off a long list of things that they would like to do with a quarter of a million-pounds in investment. But careful Alana says she has barely touched the fund, and cites being savvy with her cash as one of the ways she has stayed profitable since day one.

“I’ve very much used that investment as a buffer,” she says. “My advice is to use your own finances and reinvest what you’ve got. That’s what I did. When I was in the start-up phase, which I still am to a certain extent, I was just really sensible. I didn’t spend over what I had, I’d work out how much I’d made, how much was profit, how much to keep back, and just be super sensible.”

Alana says the salary she earns now isn’t much greater than what she was taking before The Apprentice.

“I’m really sensible and I want to wait until the business is at a certain point,” she adds.

One thing the entrepreneur has invested in is a good business website.

“We’ve had a really clever website done where all of our Ambassadors get their own hub within the website,” she says. “Because of the way the business is growing, I see that as an area in which I’ll keep investing.”

Amid of all of her successes, Alana says her biggest achievement is in giving other people the opportunity to start their own businesses through the Ambassador and Cakepreneur schemes.

“For me I gauge everything on how the Ambassadors are doing. If they are growing good businesses, then ours is growing too. My absolute ambition would be to have 50% of them turn around and say to me, ‘I’m going to quit my full-time job and do this full-time,’” she says.

Request a call back

Fill in some details and we'll call you back