The rapid pace of change in payment technology is bringing about a fundamental shift in the way merchants, issuers and acquirers interact to ensure the ideal purchaser experience. The clash of competing priorities, affected by regulatory obligations such as PSD2, technological innovation and fraud prevention, is forcing businesses to make long-term strategic decisions around the payments process, or risk losing out in such a rapidly-changing industry.

As David Birch, MPE event moderator and renowned commentator on digital financial services, said: “We have no idea what could happen from month to month – which is why this conference has steadily become more valuable over the years. We’re living in a time of change.”

Here are five key issues which are either keeping industry players awake at night, or giving them cause for comfort about the future.

There are unprecedented challenges faced by stakeholders right across the payments ecosystem which are disrupting the very nature of transactions according to many speakers present at this year’s event. Mastercard’s Rigo Van den Broeck described it as a trust issue that has been diminished with the advent of e-merchants and the gradual phasing out of traditional face-to-face trade.

Barriers such as 2-factor authentication or payments failure make for a sub-optimal experience that can stop people from completing a transaction – up to an estimated 25% will abandon the process, according to Rigo.

The solution for him at least, lies in the increased flexibility allowed to merchants through EMV 3DS2, which reduces the authentication barriers – and thus false declines – for the most trusted users.

According to Barclaycard’s Paul Adams, it’s the acquirer who is now at the front line given that new payment types and systems have evolved to present themselves in ever more innovative ways.

Martin Sweeney, CEO and co-founder of Ravelin, says that the regulations do effectively amount to a ruling that all online payments must be subject to some form of 3D secure authentication. The good news, however, is that not all transactions should need to present this hurdle for the customer. He suggests merchants should look to exploit the acceptable exemptions – for example where a transaction is low-risk, low-value, or recurring – but to ensure that the acquirer they are using has a low fraud rate for this to work.

By making strategic judgements on where to use the exemptions, merchants can therefore minimise or remove customer inconvenience and potentially drive increased loyalty and repeat business as a result.

Steve Cook of Biometrics for eCommerce outlined the increasing role that biometrics is playing in innovating the secure payment experience. Not only is it the default entry technique for many digital-only banks – whether face capture or fingerprint recognition – but biometrics is the natural direction of travel for the millennial customer of today, who is driving the industry as a digital native.

The banking industry also shows significant support for either the current or future use of biometrics as increased security – largely because it sees an opportunity for increased customer engagement, better goodwill towards their brand, and a longer-term reduction in costs.

There is still, however, a long way to go thanks to increasingly intelligent spoofing techniques which have to date successfully cracked fingerprints, face ID and iris scans.

4.The smartphone reigns… for now

For one key panel discussion at least, the transition to a payments ecosystem driven by the Internet of Things is not as close as it might seem.

Moderator David Birch’s scenario of the seamless retail store experience – where a merchant has enough data to know who the customer is as soon as they walk in – presented an attractive picture of the near future.

Customers’ expectations are changing rapidly and we have to use new payment technologies intelligently to meet those aspirations.

Barclaycard’s Paul Adams felt, however, that the industry needs to agree on the problem it is trying to solve first before trying to stitch these technologies together.

Some sectors, he says, manage to gain traction through innovation, but: “in most of those technologies, mobile will be at the centre point. It might not be the point that makes the transaction but it’s the centre point that the consumer will return to, to register, to authenticate and to activate their preferences.”

Three days and more than 35 sessions later, one common theme across the event became clear: the smartest response to such a changeable payments climate in the face of new regulations, new technology and multiple challenges to security, lies in keeping the customer experience at the front and centre of all decisions.

Moderator David Birch recounted an experience of his own: “The other day I bought a new laptop online. I went to the Apple store on my mobile, I chose the computer, and then I just paid with one click. But when I went online to buy a £6 piece of shareware to translate some text, I found myself typing in my card number like it was 1995.”

“Customers’ expectations are changing really rapidly and we have to use the new technologies intelligently to meet those aspirations.” 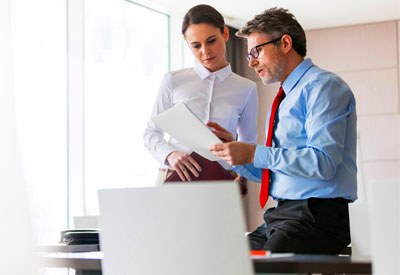 Your payment technology should be more than an operational decision – it should be a strategic one too. We can help you create a smarter payments strategy to help future-proof your business in an evolving landscape.